Our business is not about encouraging people to start smoking or to smoke more, but about meeting the preferences of adults, who have chosen to consume tobacco, and differentiating our brands from the competitors. 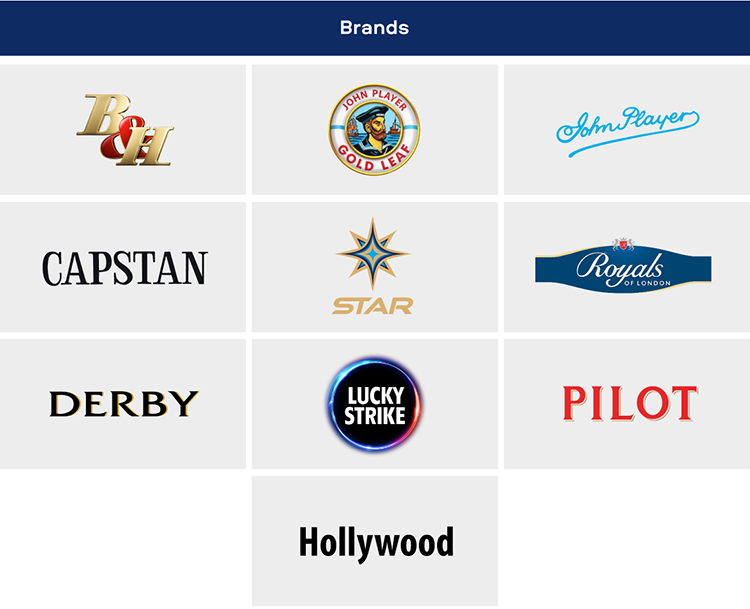 Benson & Hedges has been the leading premium tobacco brand of the country since it was first launched in 1997 with B&H Special Filter. Ever since its launch, it has dominated the premium tobacco segment and continued to grow the brand range by introducing a wide range of product offers. With a view to leading the premium segment by driving innovation, the house of Benson & Hedges launched the first ever capsule offer in this market, B&H Switch in 2012 and in 2018, introduced the Bangladesh tobacco market to its first ever tube filter offer in the premium segment - B&H Platinum.

BAT Bangladesh has launched Royals in July 2019 as a new brand. It has three variants available in the marketplace – Royals Gold, Royals NEXT, Royals LS. Royals has built its reputation as a progressive & a genuine value for money brand in consumer mind-space. Within one year of launch, it has established itself as the segment leader.

Lucky Strike is one of the most iconic international brands of BAT group. It is one of the most modern ASU30 and original brands in the market with a strong footprint worldwide. Its history can be traced back to the 1850s during the California Golden Rush. Ever since its inception in 1871 when R.A Patterson registered the brand, it has been a companion of great moments throughout history and pop culture. Lucky Strike has been an icon of passion among impassioned adults in over 80 countries- From Germany to Indonesia, to Spain, Japan, and Argentina.  This iconic brand  has been launched in Bangladesh in 2021 with two unique and exciting capsule offers - Supersonic and Cool Crunch.